By 1890, Houston Was the Railroad Center of Texas 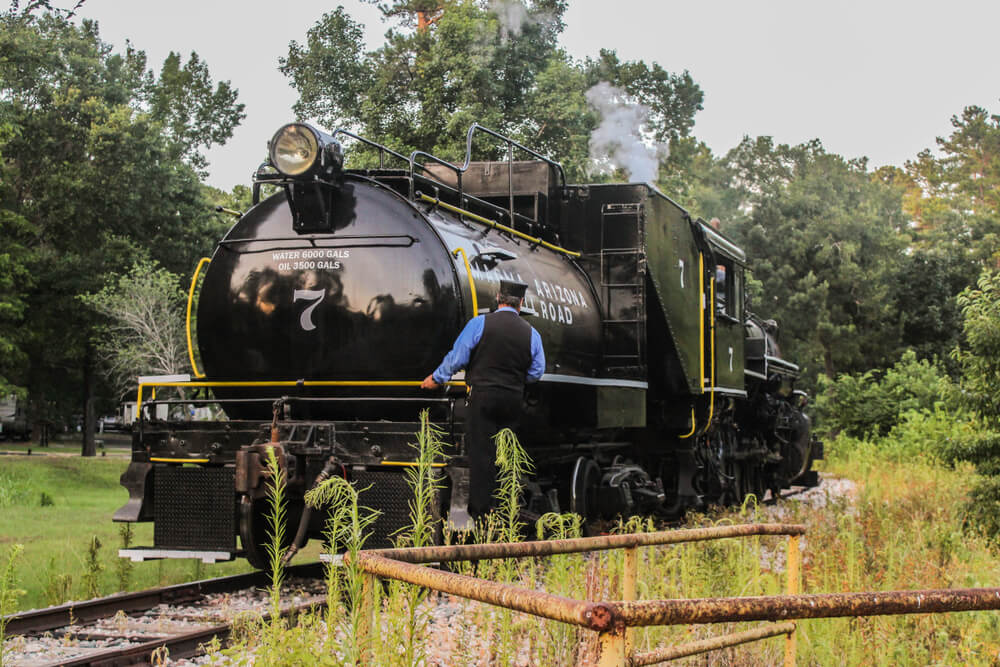 A Brief History of Commercial Railroads in the U.S.

Since the early 1800s, railroads in the United States have always been important to the development of the nation. The first railroads were built by the New Jersey Railroad Company in 1832 after Colonel John Stevens showcased the first American steam locomotive that he called the “Steam Waggon”.

Trains first ran a short 16-mile stretch to handle coal from local mines until the late 1820s when railroad mania struck the nation, and multiple entrepreneurs tried their hand at creating their own lines. Trains were popular as they could move goods at fast speeds and could operate in any weather.

By 1840, there were over 2800 miles of track, and by 1850 there were 9000 miles of track. In 1862, President Abraham Lincoln authorized the construction of the Transcontinental Railroad, as he realized its usefulness during the Civil War for moving men and material to the front lines with efficiency. This opened up new economic opportunities, and the industry exploded.

Although popular, all railroads were not connected, nor were they of the same gauge, and there were dangers to rail travel such as “snakeheads”, a condition in which iron straps of the track came loose and tore into the undersides of trains, killing and injuring passengers and causing derailments. Railroad companies were powerful and refused to make safety enhancements, preferring instead to write off these losses in exchange for further profit, which led to extremely tight government regulation in the early- to mid-1900s.

The “Golden Age” of Railroads

Between 1880 and 1930, railways were the main method of transporting goods and long-distance commuter travel, with four major railroads running from the Midwest to the West Coast: the Great Northern, Milwaukee Road, Santa Fe, and Northern pacific, and other lines linking these points. A standard gauge was established, as were further safety measures. The year 1916 was the most profitable year for rail in United States History.

Over time, automobiles and aircraft overtook trains, as government regulation began to cause the use of trains to be wasteful, as passenger trains lost their money and freight rates became regulated to the point of unprofitability. In the 1980s, due to deregulation, the industry began to make a comeback and has grown again into a viable industry.

Houston as the Railroad Center of Texas

During the early 1850s, the Houston and Texas Central Railway (H&TC) (currently the Union Pacific Railroad) began construction, which was halted briefly during the Civil War, but reignited in the late 1860s.

This railway grew quickly, continuing to expand, and reaching:

Other railroads began to merge with these lines, making Houston the central hub of the booming rail industry.