Fentanyl: Why Drug Overdoses Continue To Rise in the U.S. 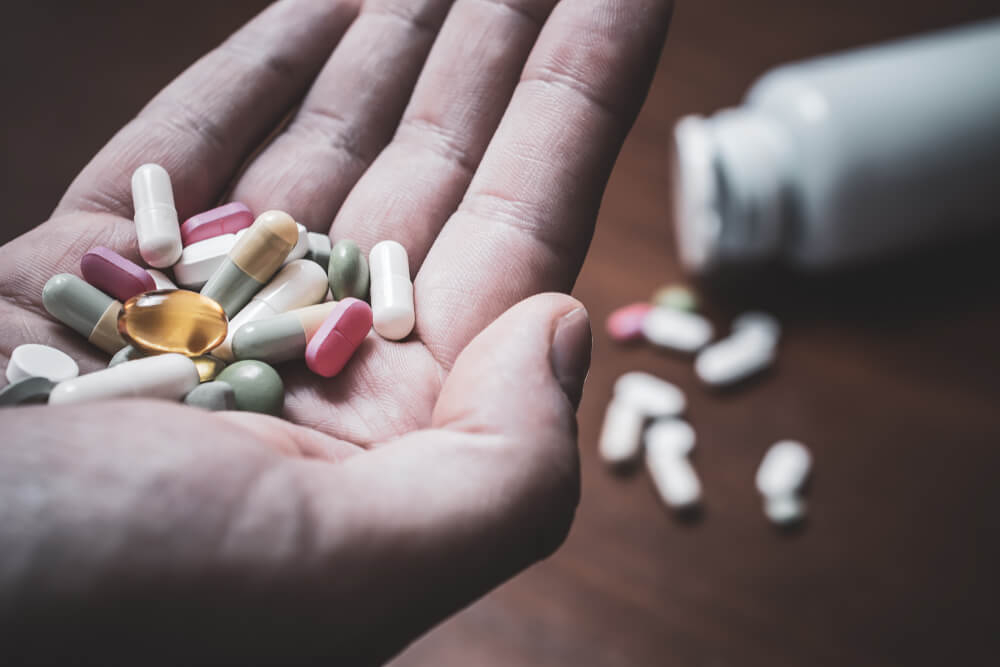 Fentanyl is a powerful synthetic opioid that is similar to morphine except for the fact that it is 50-100 times more potent. It originated as a prescription drug to treat chronic pain conditions that are no longer responding to other opioid medications like morphine or Oxycontin or for severe pain after surgery. Now it is being recreated illegally and traces have found their way into drugs on the street as well as counterfeit prescription pills, resulting in a concerning number of fentanyl or synthetic opioid overdose death rates across the country that surpass the numbers of the opioid epidemic, according to the Department of Public Health and Safety.

News releases in the media have suggested that fentanyl was only finding its way into the opioid street drug, heroin, but it is being revealed that people are overdosing from every type of street drug, even cocaine, and meth because it contains traces of fentanyl. Because of the potency of the drug, it takes very little to produce a high and is being seen as a more “cost-effective” way of producing large quantities of a drug. Illegal lab-made fentanyl also comes in a pill form that looks like common prescription opioid medications and is being sold as counterfeit versions of these pills.

The rate of drug overdose deaths that are related to substances laced with fentanyl has become a national drug and public health concern. Data and statistics in press releases from the department of health and the drug enforcement administration report that drug overdose deaths involving fentanyl make up over half of the reported numbers. A significant concern regarding fentanyl aside from how little of an amount is necessary to cause an overdose is that it is being found in substances that are not commonly associated with overdose, so the amount that people ingest is not approached with caution. Before the presence of fentanyl, overdose deaths involving cocaine were very uncommon, with deaths involving heroin thought to be the primary cause of drug overdose deaths. It has also found its way into counterfeit prescription opioid medications. Now the opioid crisis is being overshadowed by the fentanyl crisis.

These death rates have motivated the creation of fentanyl test strips that detect the presence of fentanyl in a tested substance, but this should not be considered an effective method of preventing overdoses. There is no way to know if all parts of a drug came from the same source or if there is fentanyl in one pill and none in the next.

How Fentanyl Is Fueling Drug Overdoses in America

Fentanyl is an incredibly potent synthetic opioid, and opioids already come with a significantly larger risk of overdose compared to other drugs. The reason why so many overdoses are happening is two-fold. In some situations, a larger amount of fentanyl is present in the drug that is supposed to be, either from poor manufacturing or uneven mixing if fentanyl is added to powdered substances like cocaine or meth. These substances can cause an opioid overdose death of one dose, which is why fentanyl deaths are so alarming. In other cases, the user is unaware the drug they are using contains fentanyl, so they use an increased amount that they may be used to.

While possible, it takes larger amounts to overdose on stimulant substances and users often stack, or take multiple doses over time, to maintain or increase their high. When using substances that do not contain fentanyl, they achieve their desired effect or feel they have taken “too much” if they experience a rapid heart rate or other uncomfortable symptoms so they use methods to “come down” like eating or drinking. However, if the substance is laced with fentanyl, once there is a certain amount in their system, a dangerous overdose is triggered that can result in loss of life.

What Happens During Fentanyl Overdose?

Symptoms of fentanyl overdose are similar to those of heroin overdose but can happen after ingesting much smaller amounts and results in death sooner than in a heroin overdose. A person might be overdosing on fentanyl if they exhibit the following symptoms:

There is something known as the “opioid overdose triad of symptoms” that is a strong indication of fentanyl or other opioid substance overdose and these symptoms are:

In response to frequently asked questions and in an effort to help the general public, law enforcement, and first responders identify if a fentanyl overdose was happening, the Centers for Disease Control and Prevention conducted a study and interviewed 60 people who in the 6 months prior to the study had either survived an overdose or witnessed one firsthand.

One landmark quality of a fentanyl overdose is the rapid speed of onset, with symptoms appearing within seconds to minutes. Those who inject drugs would be overdosing before they could remove the needle. When asked to describe what happens, the most common responses were:

The most dangerous part of a fentanyl overdose is that it causes the individual to slow or stop their breathing, which decreases the amount of oxygen in the brain. This is a dangerous condition known as hypoxia and can result in permanent brain damage, a coma, and even death.

What to Do in Case of an Overdose

If you suspect someone is overdosing on fentanyl or any substance, the first thing you should do is call 911 and inform them that you think someone is having an overdose. Even though it is synthetic, fentanyl is an opioid product and it responds to overdose medications like NARCAN and Naloxone. Many states now allow the over-the-counter sale of Naloxone in the nasal spray form and it is usable for 36 months. Due to the extreme risk of encountering fentanyl-laced substances, many people are carrying Naloxone with them in case they encounter someone overdosing. The good thing about Naloxone and NARCAN is that it has no harmful effect if administered to someone who is overdosing on any illicit drug, even ones that are not in the opioid class of drugs, so it is safe to administer to someone overdosing even if it is believed they didn’t take a known opioid product, like in the case of laced cocaine or other stimulants.

If you have Naloxone, administer it immediately. Afterward, or if you don’t have any to administer, begin performing CPR. Fentanyl overdose deaths commonly occur when the person enters a state of hypoxia and the brain stops receiving oxygen. Stay with the person and continue to give rescue breaths until first responders arrive and can take over.

First responders and hospitals carry NARCAN and the injectable form of Naloxone, which has the ability to immediately fix the overdose. However, If there is a large amount of fentanyl in the system, the overdose medication can wear off so constant monitoring is needed. If the individual survives the overdose, they will need additional medical care to treat the remaining damaging effects. Those who go through overdose are at risk for brain damage for any period of time that the brain went without oxygen. Even after the person is out of critical condition, treatment should be sought for possible substance abuse disorder if they encountered fentanyl because they habitually use addictive substances.

Get Help for Drug Addiction at Resurgence

Even though there are now overdose prevention methods like test strips to detect fentanyl before you use, and overdose medication that can save lives and stop an overdose, the only way to be absolutely certain you are never at risk of an ODing is to discontinue and abstain from drug use. If you or a loved one is struggling with substance use disorder and are in need of help, Resurgence Behavioral Health offers full-service residential programs with a focus on trauma-informed care and dual diagnosis therapy treatment.

If you are struggling with an addiction to illicit opioids, Resurgence offers medically assisted detox as the safest addiction treatment to undergo while going through withdrawal. We have expert key staff on-site 24/7 to monitor and administer FDA-approved detox medications that can help lessen the intensity of withdrawal symptoms.

After detox, we work with you to create a customized treatment plan designed to identify and address any underlying mental health issues that are often a contributing factor to why an individual develops an addiction to drugs or alcohol. We employ both traditional and alternative therapies including holistic approaches so your healing can take the path that best speaks to you.

Even after residential treatment, Resurgence offers additional resources to give you the highest chance at long-term recoveries, such as access to a large recovery community that will continue to provide a support network available to you for the rest of your life. We can also connect you with support groups to attend and check into after you leave treatment or help to place you in a sober living home if you would benefit from this change in lifestyle and routine.

For more information and to take the next steps in recovery, we are available at any time by phone at (855) 458-0050 or you can fill out our contact form on our website.

Regardless of where you are in your recovery journey, we are prepared to meet you at that point. Everyone deserves a chance to live a life free from addiction.

Learn why drug overdoses are continuing to rise in the U.S. due to Fentanyl. #overdose #fentanyl https://t.co/4VXrilRrJ7