What Can We Learn From the Death of Taylor Hawkins? 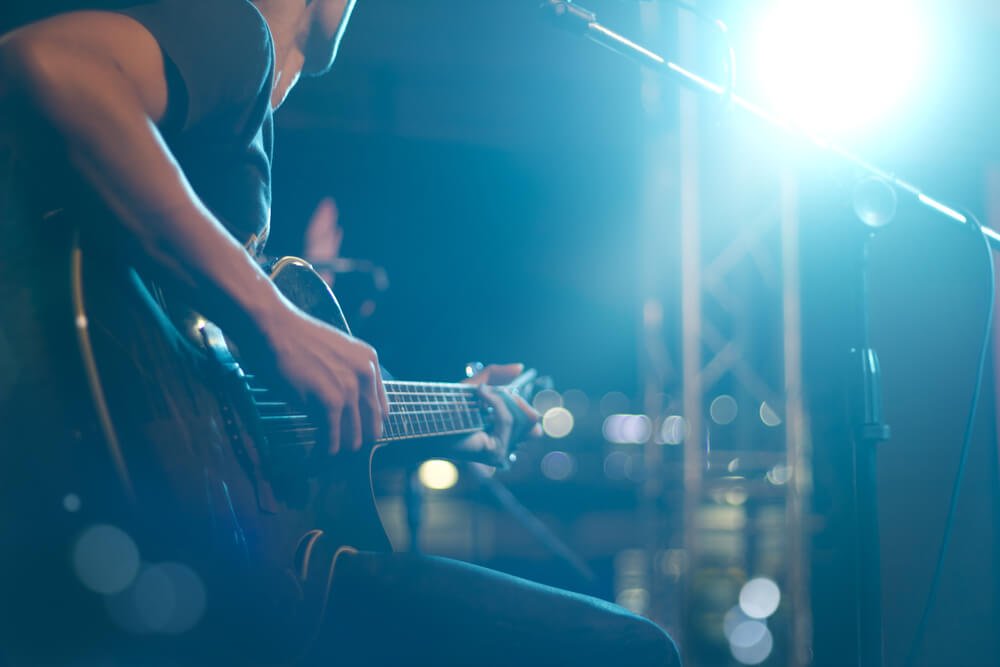 The tragic and untimely death of Taylor Hawkins, drummer for the Foo Fighters, has left the music industry saddened and many wondering what happened to him. How could someone who was energetic and at least seemed in relatively good health on the outside die so suddenly?

Those who knew Hawkins say his infectious laughter will live on forever and described him as incredibly friendly, always making sure that he gave every person in a room the same attention. Brian May, lead guitarist for Queen, called him “Queen’s biggest fan” and often would switch places with Dave Grohl during Foo Fighters concerts to sing one of his favorite Queen songs. There has been an immense amount of outpouring of support and love from fellow musicians and fans.

There have been many sensationalized headlines about local health officials finding 10 different substances in Hawkins’ system at the time of his death, insinuating a drug overdose, but when we dive deeper into the substances found in his system there is a case to be made for an accidental drug interaction as the cause of his death.

What We Know About Taylor Hawkins’ Death

Not much information has been released to the public about Taylor Hawkins’ death. What we know right now is that while on tour with the Foo Fighters in South America, emergency medical services were sent to his hotel in Bogota, Colombia after receiving a call that Hawkins’ was experiencing chest pains. When health care professionals arrived, they attempted resuscitation techniques but there was no response and Hawkins was declared deceased on site.

After Colombian officials opened an investigation into Hawkins’ death, preliminary toxicology reports found 10 different substances in his system which included opioids, tricyclic antidepressants, benzodiazepines, and THC (marijuana). If a cause of death has been declared by the office of the Attorney General of Colombia, it has not been made public.

Did Taylor Hawkins Die of an Overdose?

We cannot say for certain if the Foo Fighters drummer died of a drug overdose. The list of substances found in his system may have been prescribed by a doctor and the report did not mention what the levels of these substances were.

Often the word “overdose” comes with negative connotations, painting a picture of a drug addict. However, there are also accidental drug overdoses caused by drug interactions. The substances found in Hawkins’ system at the time of his death all have negative drug interactions with one another which could have caused a multitude of deadly side effects. The fact he had experienced chest pains shortly before his death, may indicate a heart attack or cardiac arrest from one or more of these drugs interacting. He also could have had a pre-existing heart condition totally unrelated to drug use.

A drug overdose does not only happen from ingesting large quantities of drugs, sometimes it can be caused by combining two or more substances. Doctors prescribing too many medications to one patient has been a growing concern. Many people are not aware of the dangers of combining multiple drugs and their interactions. Many of the substances found in Hawkins’ system come with warnings about drug interactions. All four substances in his system had drug interactions with one another.

It is important to note that many drugs can have interactions with benzodiazepines. A drug interaction screen done by a healthcare provider is always necessary every time a new drug is added or stopped in any treatment regimen. While it is uncommon to overdose on benzodiazepines on their own, the risk dramatically increases when they are combined with other drugs that depress the central nervous system. When they are combined with other sedatives like alcohol, opioids, or illicit drugs, there is a high risk of overdose which can be fatal.

Some common benzodiazepines include:

Examples of drug interactions with benzodiazepines that may be additive to the central nervous system include:

Boxed Warnings note using benzos and opioids may result in profound sedation, coma, respiratory depression, and death. Also, many benzos are broken down in the liver, which means if they are combined with drugs that block this breakdown, blood levels can rise and lead to side effects as well.

Combining THC (marijuana) with benzodiazepines can be dangerous as well. THC has been known to increase the depressant effects of benzodiazepines on the central nervous system. It can also increase the levels of benzos in the body making it harder for the body to break down and heighten benzo side effects. In extreme cases, there is a risk for benzo overdose.

Alcohol is one of the biggest contraindications when on tricyclic antidepressants (TCAs). Not only does it lessen the drug’s action, but it also increases its sedating effects. Other drug interactions include using epinephrine (Epi-Pen) and cimetidine (Tagamet). TCAs can increase the effects of epinephrine on the heart, leading to high blood pressure and heart arrhythmias. Cimetidine can increase the levels of TCAs in the body, making side effects more likely.

It is common for TCAs and benzodiazepines to be prescribed together and studies have shown when combined, they can greatly decrease symptoms of anxiety. This does not mean combining them will not cause potential side effects. Mixing the two can increase the levels of benzodiazepines in your system and increase its side effects.

TCAs can interfere with opioids, reducing their pain-killing effect, and may cause some people to take more to get the same reduction in pain. THC also has a negative interaction with TCAs and may cause delirium and tachycardia, an abnormally fast heartbeat. It can also cause high blood pressure, mood swings, and hallucinations.

Many drugs have the potential to interact negatively with opioid medications. Opioids have a sedating effect and when mixed with other sedating substances, they can slow down breathing, decrease heart rate, and even be deadly. Mixing opioids with benzodiazepines is especially dangerous and deadly overdoses increased by 10 times when they were combined compared to only taking opioids.

Opioids on their own are also highly addictive and can cause an overdose on their own. Combining opioids with THC can also suppress the central nervous system to dangerous levels, resulting in low blood pressure, extreme sedation, decreased brain function, coma, and death. Studies have also shown that the use of marijuana increases the abuse potential for opioids.

Effects of Long-Term Drug Use on the Heart

Different drugs have different effects on the heart, especially long-term. Opioids can put you at greater risk for cardiovascular conditions including hypotension, heart failure, arrhythmia, endocarditis, and cardiac arrest. They can affect the heart’s electrical activity and alter the heart rate or cause arrhythmias like atrial fibrillation. One reason for this is that opioids change the way the body breathes while sleeping. Atrial fibrillations increase the risk for heart failure, stroke, and other heart problems.

Sedatives, including benzodiazepines, may slow the heart rate to damaging or fatal levels. They can cause blood clots that may cause immediate or future damage. Combining multiple sedatives, such as the ones found in Hawkins, may increase these risks as well.

While drug use or combining medications poses a threat to anyone, the risk for negative side effects is greater in those with underlying health conditions, especially any type of cardiovascular issue. The body is more likely to have negative side effects from drugs and medications if it already has another health issue. Some people may go most of their lives not knowing they have an underlying heart condition and even moderate recreational drug use can have deadly effects.

It is possible that Hawkins’ had an underlying heart issue that may have even been brought on by the antidepressants he was on. The fact that he had chest pains points to a cardiac episode that may have been caused by the combination of substances he was on. Many of these substances on their own cause issues but combining greatly increases the risk of negative health effects.

We at Resurgence Behavioral Health would like to extend our deepest condolences to Taylor Hawkins’ family, his friends, bandmates, and the multitude of fans mourning his death. We want to warn about the many fatal consequences of both illicit and prescription drug use. Not enough people are aware of the fatal consequences of drug interactions.

The good news is that many of the negative health consequences of prolonged drug and medication use can be reversed once they are stopped. If you or someone you love is struggling to stop using prescription medications, we can help at Resurgence. Please give us a call today to ask how we can help you get your health back on the right track.

What can we learn from the death of Taylor Hawkins? Learn more in the blog linked below! #taylorhawkins #addiction #druginteractions https://t.co/JgLzyRZJgU