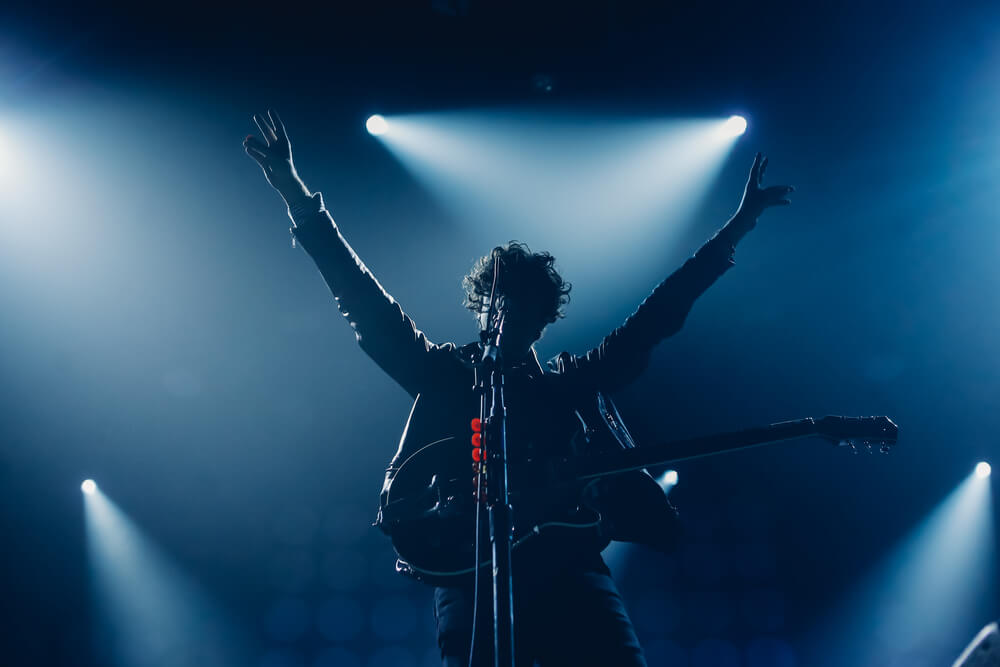 For as long as we can remember, the lifestyles of the rich and the famous have mesmerized the public. While the glitz and the glamor of the Hollywood lifestyle have appealed to the public, the dark side of fame and fortune has come to light with many of our beloved celebrities succumbing to their drug addiction before the eyes of the public. This leaves many to wonder what the correlation is between drug abuse and becoming famous.

There are some that are already addicted person before becoming famous. Once their success begins to ramp up,  their addictive behaviors progress and worsen as they have easier access to the financial means and social connections to support their substance abuse. There have been studies that have shown that individuals who enter into a lifestyle of fame are prone to addictive behaviors making them more susceptible to drug addiction, alcohol addiction, and prescription drug addiction. Other pre-existing factors that can contribute to an addicted person’s substance abuse are mental health disorders, family history of alcohol or drug addiction, and environmental factors that influence and trigger an addicted person’s addictive behaviors. A common trait among famous people and those addicted people is a lack of self-esteem, self-worth, and confidence. These feelings often trigger a need to be accepted and liked by others, longing for social inclusion and belonging, and insecurity within relationships.

Having a life in the limelight comes with adoring fans, social perceptions and expectations, and those who are waiting to watch those people fall, especially when it comes to mental health and substance abuse. However, when the public is able to see celebrities overcome their substance abuse, it can instill a level of confidence and inspiration within their fans and the public eye that addiction recovery is possible, opening up the possibilities for others to reach out and seek treatment.

1. Russell Brand. The famous comedian and actor have been open publicly about his history of heroin addiction. Russell Brand has addressed his inability to cope with day-to-day life and finding solace within substance abuse as a method of feeling normal and stable again. He started using at the age of 19 and battled drug addiction for 15 years until he finally sought addiction treatment through a 12-step program such as alcoholics anonymous. Russell Brand later wrote a book sharing his experiences with addiction recovery and the 12-step programs and his success in being sober for 17 years.

3. Kurt Cobain. The famous lead singer of the popular 90’s grunge band Nirvana had a widely known and publicized heroin addiction. Kurt attempted to complete drug rehab programs and especially after becoming a father attempted to put his life of substance abuse behind him. After going to addiction treatment in 1992, Kurt Cobain was able to stay clean and sober for some time but later relapsed. Unfortunately, Kurt Cobain took his own life in 1994 after battling mental health and drug addiction for a long period of time.

4. Eric Clapton. The legendary singer-songwriter has openly shared his own struggles with drugs and alcohol addiction. He has openly shared that at the peak of his alcohol and drug use he would spend up to $16,000 a day to fund his addictive substances intake. Eric Clapton lived in the depths of heroin addiction for 3 years before he quit his use of heroin and replaced it with alcohol and drug use including cocaine and smoking pot. He eventually sought help through an inpatient treatment program in the 70s where he was finally able to kick his addictive behaviors once and for all.

9. Nicole Richie. The famous daughter of Lionel Richie has been candid about her struggles with addiction to heroin after the public split of her parents. Nicole had problems with law enforcement after being charged with heroin possession. In 2003, Nicole overcame her addiction through treatment programs and has remained in addiction recovery since.

10. Macklemore. The artist has shared his struggles with addiction to prescription drugs including prescription opioids through his music and on social media. His addiction began at the age of 14 and he eventually sought help for his substance abuse in 2008 after attending an inpatient treatment program. Macklemore experienced a significant relapse in 2011 but was able to overcome the relapse and regain a life of sober living.

The Benefits of Addicts Sharing their Stories

When you are experiencing your own substance use disorders, it is easy to feel like you are alone in your struggles with addiction. The feeling of loneliness can perpetuate the cycle of addiction as you feel as though you have no one to turn to in your greatest time of need. Many addicted people will have feelings of shame or guilt about their substance use disorders which can make it difficult to reach out for help when you need it and can progress the model of addiction and worsen the feelings of shame or guilt as you feel as though you are the only one going through the hardships of addiction.

Hearing about a celebrity or famous person’s trials and tribulations with alcohol and drug abuse helps to reduce the stigma of addiction and allows individuals to understand that addiction can happen to anyone. Oftentimes, people have a celebrity that they look up to or aspire to be like and when you can hear their stories of strength, hope, and resilience, it can spark inspiration and motivation for the addicted person to seek addiction treatment and achieve their goals for sober living.

Overcoming The Battle of Heroin Addiction at Resurgence

At Resurgence Behavioral Health, we understand the nature of alcohol and drug addiction and that each individual has their own unique story and history of addiction. That is why we take the time to get to know each and every one of our patients to create a treatment program that is centered around your specific needs and goals for sober living. Through our comprehensive approaches to addiction treatment, we support patients in addressing the physical, emotional, and mental, addiction to drugs and alcohol by including methods of behavioral therapy, dual diagnosis treatment, medication-assisted treatment, holistic therapy, relapse prevention, and life skills development, and incorporation of 12 step programs. Our aim is to support you in healing from the inner emotions and traumas associated with your addiction while supporting you in creating a positive, healthy lifestyle in addiction recovery. Contact one of our compassionate counselors today to hear more about how you can finally kick your heroin addiction for good and achieve the healthy life you want in addiction recovery.