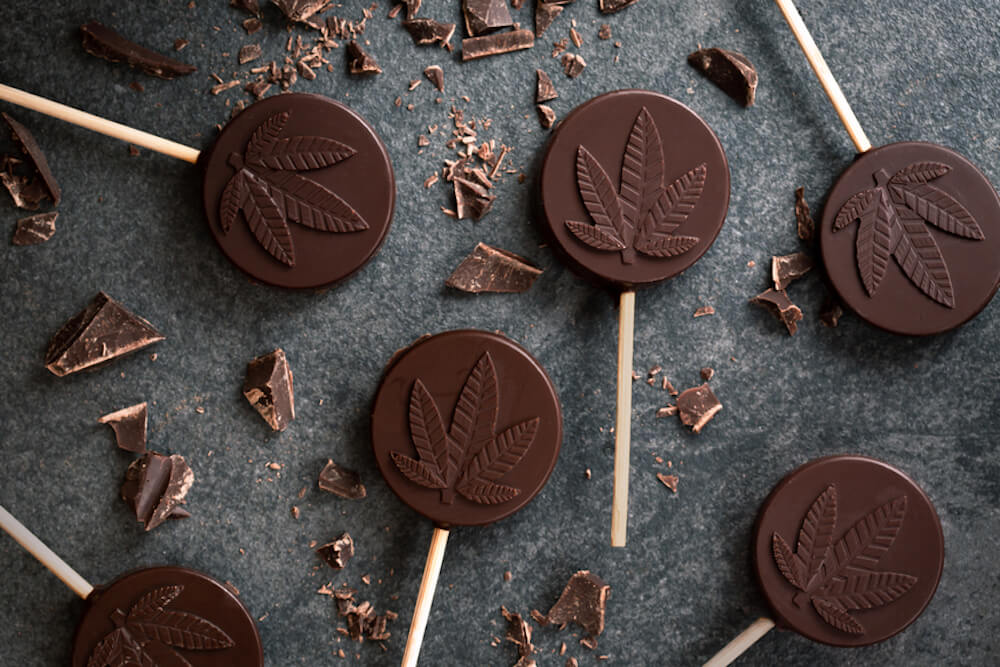 The Legalization of Marijuana

Marijuana has become legalized for recreational use in many states across the U.S, including California. This has created a booming industry and a need to make more unique and appealing ways to consume marijuana products. Cannabis has quickly made its way into the culinary world and cannabis edibles have become a popular way to consume the drug. These marijuana-infused treats look like candy, baked goods, and other foods and can especially look appealing to children. Recently, a new study found that nationally, and especially in states that have legalized marijuana, the rate of children getting sick after consuming marijuana edibles has increased.

Consuming marijuana candy or cookies may seem relatively harmless, but many users’ experiences have shown the opposite. Marijuana itself has rarely been linked to serious effects and much fewer overdoses, but the same is not true for marijuana edibles. This may be due to the different way the body processes marijuana edibles compared to smoking them, leading to a long-lasting, far more potent high.

What Are Marijuana Edibles?

Edible products refer to any food or drink containing marijuana or any of its active ingredients, usually tetrahydrocannabinol (THC) and cannabidiol (CBD). Marijuana can directly be placed in food, or there are marijuana-infused cooking oils used when searing, baking, or frying foods, or marijuana-infused butter that can be spread directly on prepared food.

Marijuana edibles are known for producing a delayed high compared to other forms of consuming marijuana. It is also a more discreet way to consume it and maybe more appealing to those who do not want to smoke it.

There are several types of edibles including baked goods (such as brownies and cookies), chocolates and edible marijuana candies, gummies, infused beverages (such as soda, juice, coffee drinks, and flavored waters), and there is even ice cream, breath mints and beef jerky containing marijuana. These products look very similar to normal foods and candies and some packaging looks like candy brands you see every day. Some states have established laws on labeling and packaging these products because they can easily be mistaken for common threats.

One thing to note, marijuana edibles have several servings in them. For example, a bar of chocolate infused with edible marijuana may have multiple 10 mg servings. More importantly, homemade edible products may have a variable amount of marijuana and can easily lead to a marijuana overdose.

Why Are Cannabis Edibles So Much More Potent Than Smoking Marijuana?

Smoking and consuming marijuana edibles are very different, with edibles being much more potent. When you smoke marijuana, the chemical is absorbed into your bloodstream in minutes and creates an almost instantaneous high. When you eat pot edibles, it is processed by your liver and produces 11-Hydroxy metabolite, which is five times more psychoactive than THC. Consuming the same amount of THC as you smoke makes you much higher for a longer period of time. Edibles can create a high for longer than eight hours, even without a high dose of THC. Edibles have a longer life span because the THC first needs to be processed by your stomach, then metabolized by your liver into an 11-Hydroxy metabolite, which then goes into your bloodstream and finally your brain. Individuals may end up accidentally consuming more than they intended.

In 2016 there were 187 cases of child exposure to marijuana edibles in the U.S. This number rose to over 3,000 by 2020. The numbers are showing that accidental edible consumption and marijuana poisonings by children have mostly been rising in states that have marijuana legalized for recreational use. These numbers essentially tripled five years after marijuana retail sales began in Washington state, the first state to legalize recreational marijuana use.

New data has shown that children between the ages of 3 and 5 are at the highest risk for accidentally consuming edibles. This may be due to children at this age being more curious while also having less supervision. Also, cannabis edibles can look like regular baked goods and candies, which many children may be drawn to eating, as compared to something less appetizing, for example, if they looked like a bowl of unsavory porridge. These accidents are on the rise in states that have legalized recreational marijuana, like California.

State and local officials in California are alarmed by the spike in calls to poison control to report children and teenagers ingesting marijuana products since California legalized it in 2016. Nearly half the calls received in 2017 involved children 5 and younger.

What Is Being Done to Prevent Marijuana Poisonings in Children?

In California new rules that prohibit the sale and marketing of marijuana and pot edibles to minors and require child-proof packaging are being put in place. Edible products can be very attractive to not only children but also pets, but the new labeling and packaging rules in Proposition 64 should alleviate the problem of poisonings from marijuana.

Colorado implemented a universal symbol on edibles in 2016 in hopes to stop individuals and children from accidentally consuming marijuana edibles. The diamond shape with the letter “THC” must be on the product itself, not just the packaging. They also required childproof packaging such as difficult to open zippers and lids. Even with these new precautions, the rates continue to increase. Some states, like Oregon and Colorado, have passed laws limiting the amount of THC that can be in a serving size.

Even though the number of accidental ingestion by children has increased, there have been no overdose deaths. 15% of children experienced moderate symptoms of marijuana poisoning and 1.4% experienced major symptoms. Symptoms and severity will depend on how much the child has ingested. Some marijuana overdose symptoms include:

Often, edibles are packaged with more than one adult serving. They may look just like any other candy or snack, so a child might eat the whole thing and consume way more than the recommended dose for adults.

What to Do if your Child Has Consumed Edibles

If you suspect your child has ingested marijuana edibles, get as much information as you can and call the poison control center. This can include the type of edible, how much was ingested, and warnings on the label. One way to determine how much the child has consumed is by recalling how much was in the packaging before they got into it.

Your child may exhibit no symptoms at all at first due to the fact that edible food takes longer for the body to absorb and for effects to take place. Effects may take up to 90 minutes to kick in and can last longer (up to 24 hours) than other forms of marijuana. You should make a call to poison control even if your child is not showing any signs of use. If your child starts showing more severe symptoms such as sleepiness, slowed breathing, or seizures, call 911 immediately or get emergency help.

The best way to prevent your child from unintentionally ingesting edible marijuana is to keep them in a very secure location. They should be treated the same way you treat any toxic substance or prescription medication. You should keep them somewhere locked up or out of reach. It is also important not to ingest the marijuana products in front of your children as they can follow your actions should they find them. Also, keep in mind that family and friends can be a cause of exposure, so you should speak with them about where they keep their edible products, especially if your child spends time in their home frequently.

With the legalization of recreational marijuana, more and more people are consuming it. Because of its palatable and easy-to-use form, edible marijuana is rising in popularity. Many people may not know the dangers these edibles can pose for their children until it is too late. If you suspect your child has gotten into your edible marijuana candies, you need to call the poison control center immediately.

Whether or not marijuana is addictive is a controversial topic in addiction research. Studies have shown that roughly 30% of people who use marijuana develop an addiction to it. Those who smoke or ingest marijuana may build up a tolerance over time and continued use can lead to addiction or dependence. The body can become physically dependent on the drug and crave it. The person may continue to use marijuana despite experiencing negative effects.

Those with mental health disorders such as anxiety or depression may use marijuana to cope with their symptoms, but marijuana may increase those symptoms and cause the person to use more, causing a dual diagnosis disorder. This can create a dangerous cycle of addiction. Also, no matter the age or size of a person, anyone is at risk of poisoning from marijuana if they consume more than the recommended amount.

If you or someone you love is feeling as though they cannot function without marijuana and go to great lengths to obtain it, they need help. If you want to take back control and put your health first, Resurgence can help you overcome marijuana addiction. Please do not hesitate to give us a call today and learn more about rehab for marijuana addiction.