Drug Overdose Deaths Top 100,000 for the Second Year in a Row 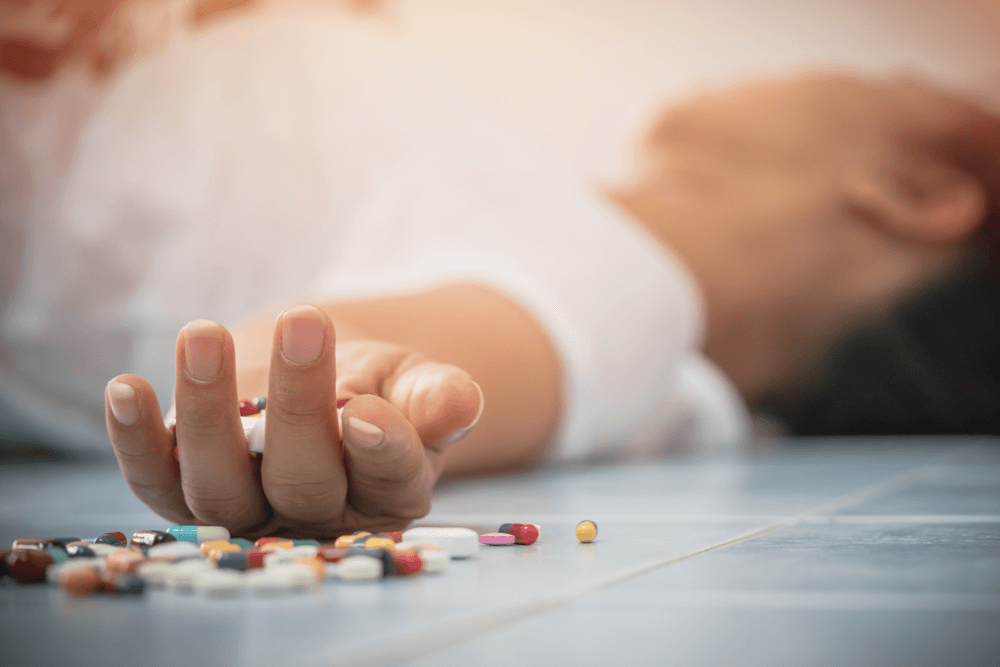 Drug overdose deaths have been a problem in the U.S. for decades, as recreational use and substance abuse overall have increased over the years. Additionally, new drugs or variations of drugs continue to be marketed via both legal and illicit avenues, which can lead to surges in drug overdose deaths. There are other factors that have come into the mix both recently and over the recent past, including prescription synthetic opioid abuse and social issues like the Covid pandemic. As with a lot of problems that occur on a societal level, there is no one factor that law enforcement and government drug enforcement agencies can put their finger on, making addressing the issue very tough for those involved. This includes drug abuse treatment centers like Resurgence.

Resurgence Behavioral Health, located in Costa Mesa, California dedicated to offering fully customized drug abuse treatment plans for people from every walk of life. We offer many levels of care, including inpatient substance abuse treatment, outpatient drug rehab, medical drug detox, specialized care like our Intensive Outpatient Program (IOP), sober living homes, and aftercare planning. One of the most important parts of someone working on their addiction recovery is the ability to easily transition from one level of care to another, and that’s one of the many services we offer to those struggling with substance abuse disorders. This all ties into the rise in drug overdose deaths because substance abuse treatment is one way a fatal event can be avoided. If you or a loved one has been abusing drugs or alcohol and you want help addressing the problem, give us a call today. We want to help you make a positive change in your life.

Health statistics show that overdose deaths increased by a large percentage from 2020 to 2021 and the only good thing that can be said is that the increase was less than the previous year-to-year rise. Drug abuse led to a 30% spike in deaths caused by overdose from 2019 to 2020 and that was followed by a15% increase from 2020 to 2021. People being negatively affected by substance use disorders is something that impacts a lot of lives but a large number of overdose-related deaths really hits home. The increases in the last two years put overdose deaths over 100,000 in the U.S. for the first time and two years in a row. Drug abuse treatment organizations like Resurgence, along with every level of law enforcement and government agencies are frantically trying to put initiatives in place that will stem the fatal tide.

Historically How Many Drug Overdose Deaths in the US a Year?

Over the last 20 years, more Americans died due to drug overdose deaths, with the number increasing approximately five-fold, from around 20,000 deaths to 100,000 deaths. Opioid overdoses make up a large majority of the deaths in recent years, including almost 70,000 in 2020, which included synthetic opioids and any other drug from that category. These are real numbers that show the horrible impact of the opioid epidemic that has plagued the U.S. and other countries over the last two decades. Overdose deaths increased steadily from 1999 to 2014 but have jumped up significantly in the last five or 6 years as more and more people turned to synthetic opioids as a form of self-medication or for recreational drug abuse. Deaths involving prescription opioids have come under fire as these substances are supposed to be controlled and only administered via a doctor’s orders. The National Institute on Drug Abuse states that men accounted for about 70% of deaths involving prescription opioids or any other drug in that category. This certainly doesn’t make the opioid epidemic something that only affects men, but the data does skew that way.

One thing that can be taken from the rise in the number of drug overdose deaths is that it’s never too soon to get help for yourself or someone you love. At Resurgence Behavioral Health, we can provide you with any information you need about substance abuse treatment resources in your area, even if you’re not sure if you’re ready to get help. Knowing that you have a place to turn regarding drug abuse can save lives so don’t hesitate to call us today.

Why Are Overdose Deaths Soar?

In addition to the opioid epidemic, the National Institute on Drug Abuse has noted that the introduction of Fentanyl, another synthetic opioid, has played a major part in the overdose death rates. Like other prescription opioids, Fentanyl comes in pill form and is prescribed for severe pain.  It is highly addictive and should be monitored closely when used even as ordered. Fentanyl is a very powerful synthetic opioid and can also be found in powder form, which makes it very dangerous outside of its normal pill form.  This is because it can easily be combined with or incorporated into other substances, causing an opioid overdose or other drug interaction complications. Health statistics show that deaths involving cocaine and deaths involving heroin have been an issue for many years, regardless of the climbing death rates due to prescription opioids, but combining Fentanyl with these two street drugs makes for very dangerous circumstances.

Fentanyl is combined with heroin to create a much more potent opioid high. This is attractive to many drug addicts as they often plateau when it comes to the amount of a substance they are taking, and don’t feel the same effects. However, this can easily lead to drug overdoses because the amount of each drug is often not known by the user. Fentanyl is combined with cocaine into a drug cocktail called a “speedball” or a “goofball.” This prescription opioid and stimulant combination is also sought after as it is a new high and that is often an experience those who have been involved with drug abuse for some time seek.

How to Save the Life of Someone Who is Overdosing

One way to save lives when it comes to drug abuse, whether it is your own or that of a loved one, is to get into substance abuse treatment as soon as possible. You do not have to be addicted or have struggled with substance abuse disorders for a long time in order to attend therapy or any of the many other services we offer at Resurgence. When substance abuse treatment is not an immediate option, it’s good to know some of the signs that someone is overdosing so that you can at least administer or get them medical attention. Here are some of the signs of drug overdoses for a couple of the major categories of substances:

Cocaine, meth, and other stimulants – Rapid heart rate and seizures are danger signs. The overdose risk increases with the number of stimulants taken.

Heroin, prescription opioids, and other opiates – Extremely slow breathing gagging noises, and a bluish (on paler skin) or ashy (on darker skin) tone.

Always call 911 or other services when someone is in distress, whether from a drug overdose or any other reason. Drug overdoses can happen suddenly, so it’s good to take action to try and save lives if you are on the scene, but it’s often important for someone to have follow-up treatment. Drug overdose deaths can often be avoided by administering Narcan or naloxone if it is readily available. If you do use drugs for recreational purposes, Fentanyl test strips have been made available by the government to try to avoid deaths involving synthetic opioids. In a move that has gotten some criticism but is supported by the drug abuse treatment community, the federal government has also begun promoting offering needle exchanges to addicts as part of harm reduction measures. Regardless of the reception of some strategies, drug overdose deaths involving primarily Fentanyl need to be addressed as quickly and as aggressively as possible. Americans died at an alarming rate in the last two years and the professionals at Resurgence Behavioral Health know we have to turn a corner sooner rather than later.

Drug rehab in any form is never a bad idea. No matter whether it’s inpatient treatment, outpatient therapy, or a specialized program, a drug or alcohol program is definitely a way to save lives. An opioid overdose or any of the other ill effects of drug or alcohol abuse can be headed off during treatment for substance use disorders.

If you or a loved one have been abusing any type of drug, especially dangerous combinations of substances including synthetic opioids, call us today. At Resurgence Behavioral Health we offer a calm, healing environment. Give us a call to hear all about all the programs we have to offer.

Drug overdose deaths have topped 100,000 for the 2nd year in a row. If you or a loved one are struggling with addiction, call the experts at Resurgence today! #overdosedeaths #addictionhttps://t.co/iyAthzoyum